Today I went to The Ohio State University. There are trees there. Who knew? As Gabriel Popkin explained so well in her article (LINK), a lot of otherwise well-educated people are “tree blind.” I’m a botanist, so I guess I’m somewhat less tree blind than most folks, but still have a lot to learn, especially about oaks and hickories …and pines …and hawthorns, and… 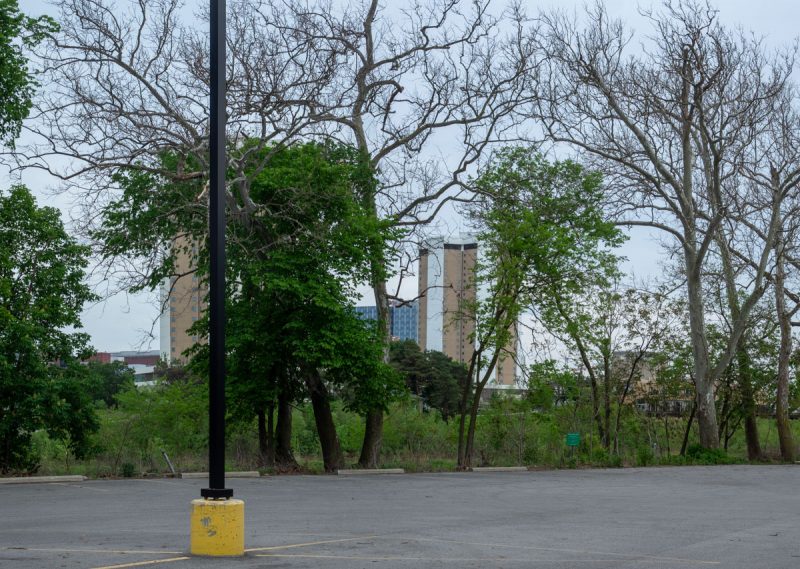 A parking lot that practically an arboretum!

American sycamore is also a lowland tree, occurring mainly along rivers, ut it also does well as a street tree, perhaps because of similar stresses, namely low oxygen concentration in the soil around the root system. 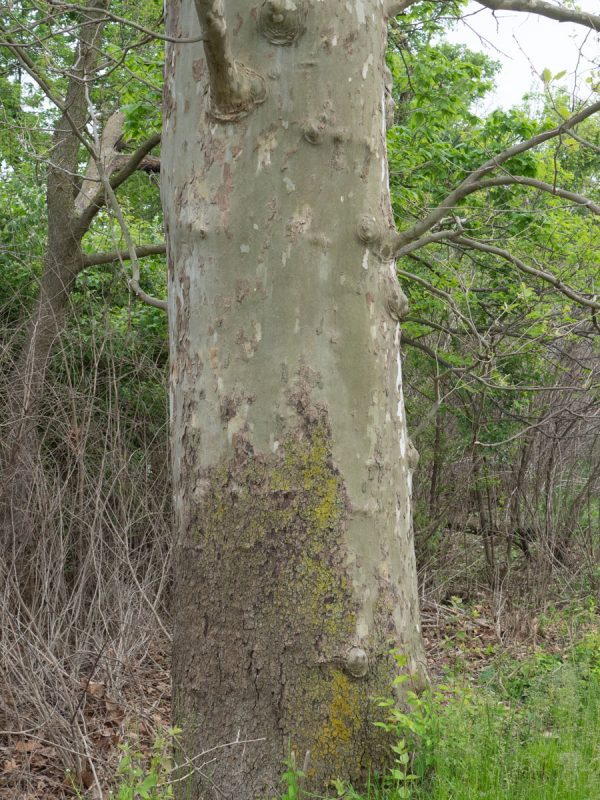 A large sycamore by the river and by the road.

The bark is distinctive, with pieces sloughing off in irregular jigsaw-puzzle like pieces. Eventually it become quite white (in very old specimens). 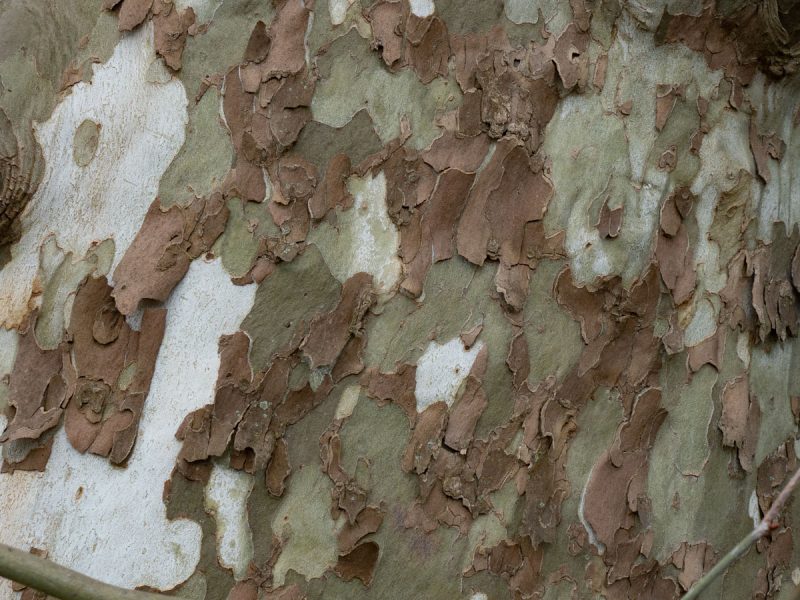 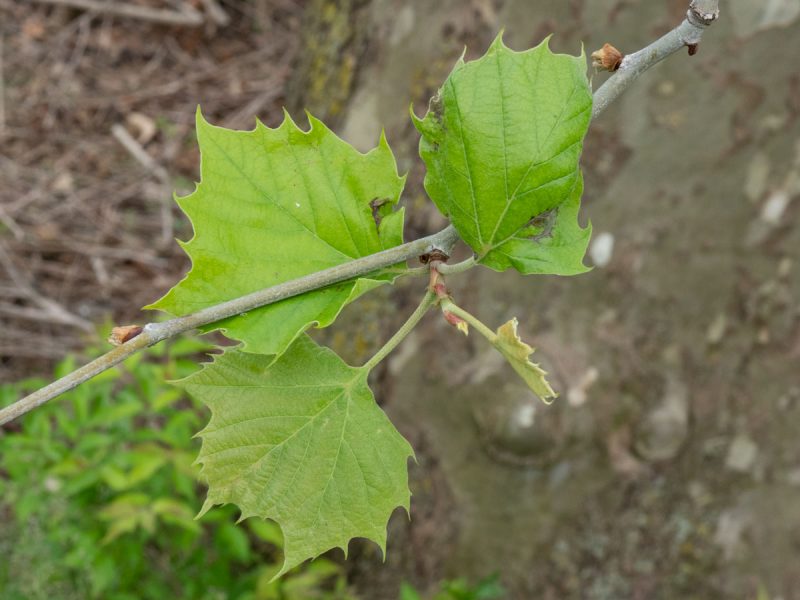 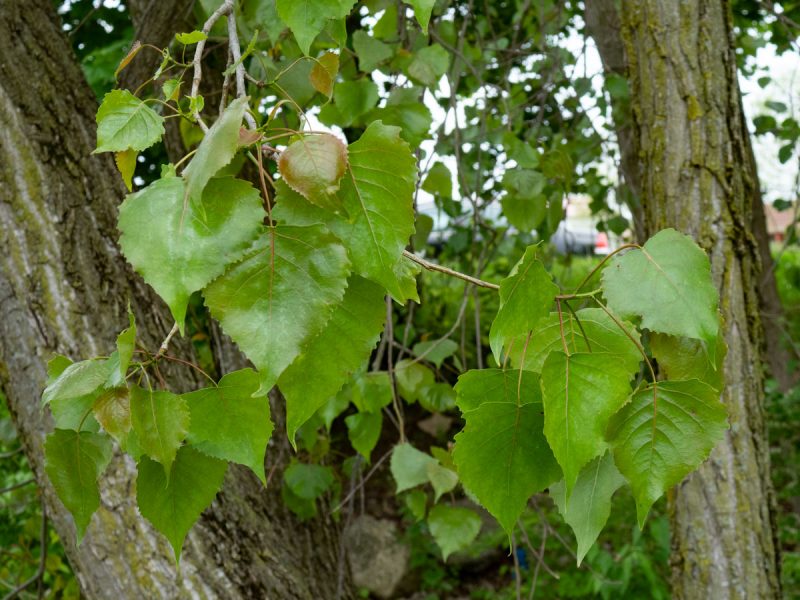 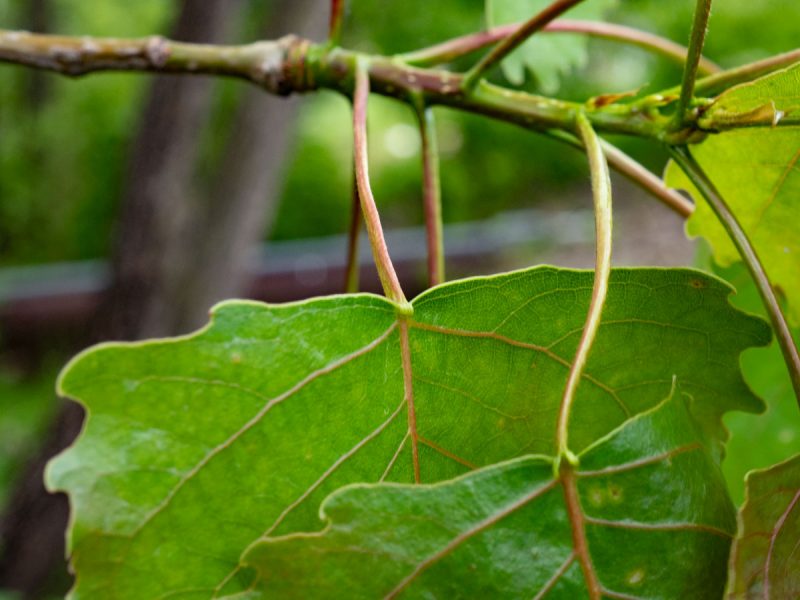 Ohio buckeye is a distinctive small tree, owing to its large, oppositely arranged palmately compound leaves. There are many of them growing along the Olentangy River Road parking lot. 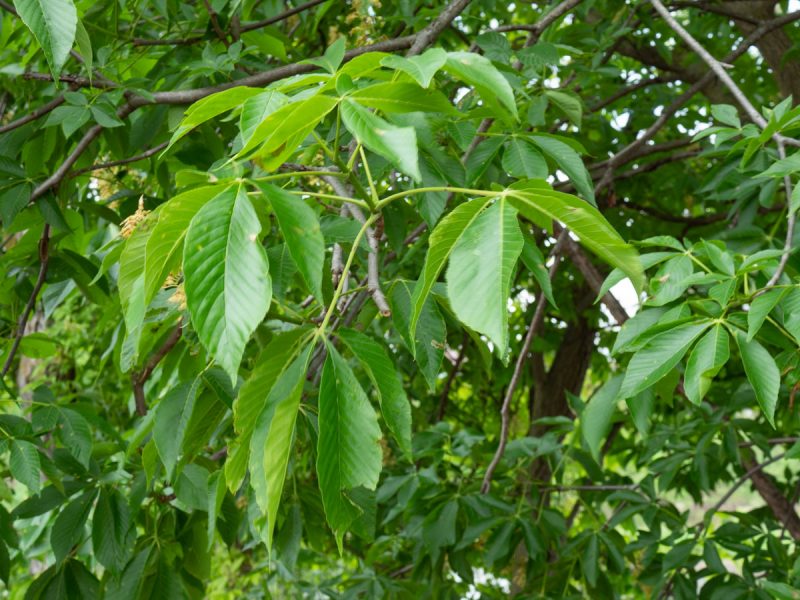 As explained so well by Joe Boggs, writing for OSU Agricultural Extension HERE (link) an odd syndrome of drooping laves is caused by the presence of the larvae of a small native moth called the Buckeye Petiole Borer (Proteoteras aesculana). Eggs are laid on the leafstalk and a caterpillar bores into it, where it devours some of the contents, cutting off circulation to the leaf, which eventually dies and drops to the ground. 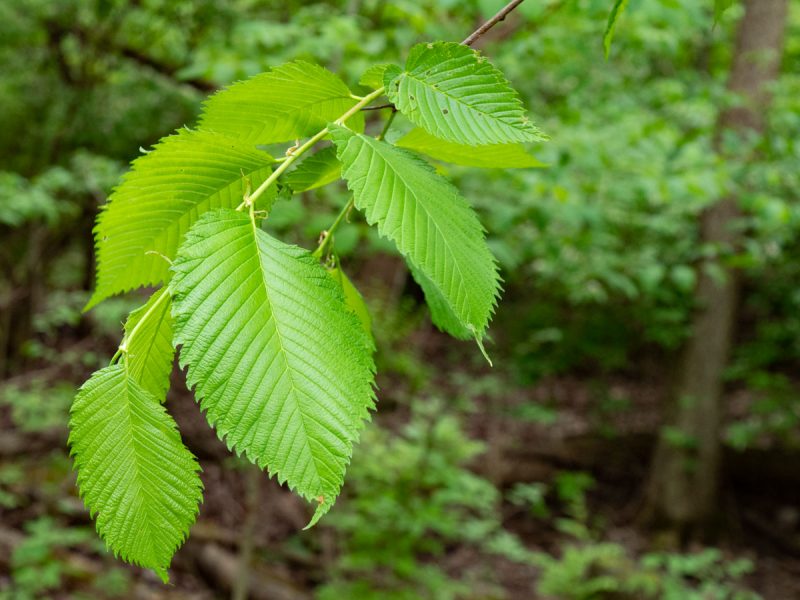 Hackberry is a member of the elm family (Ulmaceae) and shares with elms the overall leaf appearance –simple, alternate, doubly-serrate, and with an unequal-sided leaf base. 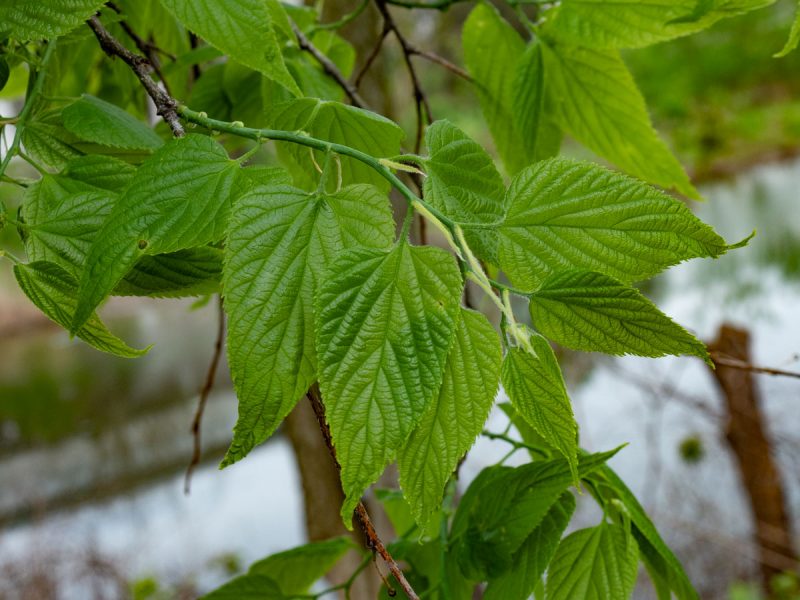 Hackberry leaves are unequal-sided at the base, a telltale feature of the elm family.

Just based on the leaves, hackberry is a pretty indistinctive tree. It looks vaguely elm-like. In fruit, it stands apart from elms by bearing little pea-sized drupes, very unlike the dry flat winged samaras of elms. Hackberry bark is more deeply furrowed than any other Ohio tree. Later in the season look for little pencil-eraser shaped projections on the bottoms of hackberry leaves that are galls caused by a psyllid (a type of true bug in the order hemiptera). According to the Texas A&M extension service, these litle bugs sometimes enter homes!

The “M” in “Madcaphorse (the nemory hint for trees with opposite leaves), maples have opposite leaves. In out area all but one (boxelder maple) have simple leaves that are palmately lobed. This trees was seen in the woods adjacent to the Turf Farm at Waterman. 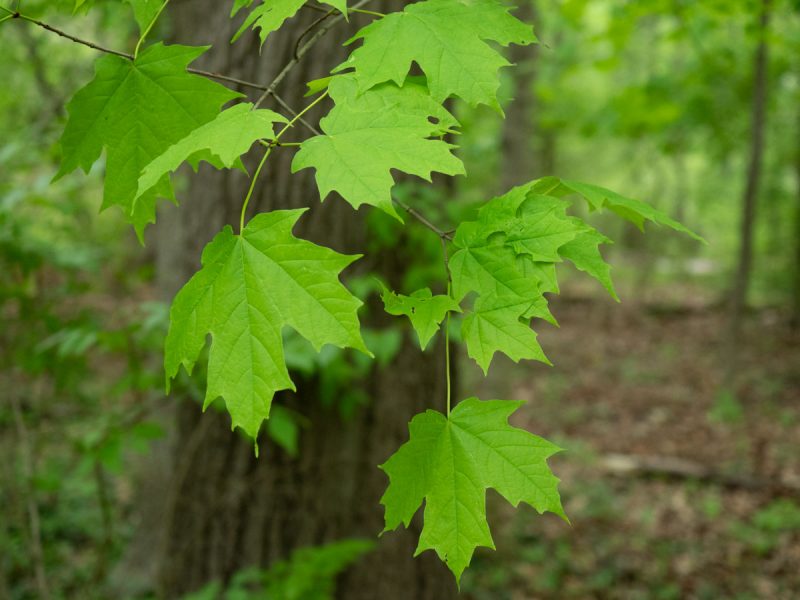 Sugar maples are nice and all, and yes they are native, but many forest ecologists are alarmed that sugar maple is doing too well. AS documented in a recent Proceedings of the 19th Central Hardwood Forest Conference, sugar maple is displacing oak species in upland forests throughout the northeast and midwest. The shift is attributable to disturbance, habitat fragmentation, and other biotic
pressures.

American beech is recognizable by bark alone: smooth and gray, and unfortunately too often carved with romantic graffiti (but thankfully not this specimen at the Turf Farm woods). 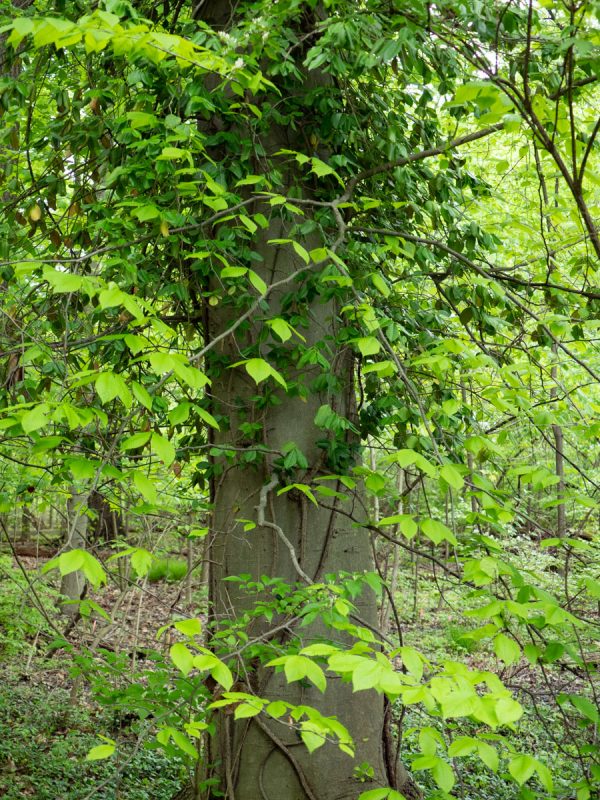 Beech is a shade-intolerant tree that is a dominant member of the forest understory. In the same family as oaks (Fagaceae), it produces nuts that are important for wildlife, especially turkey. 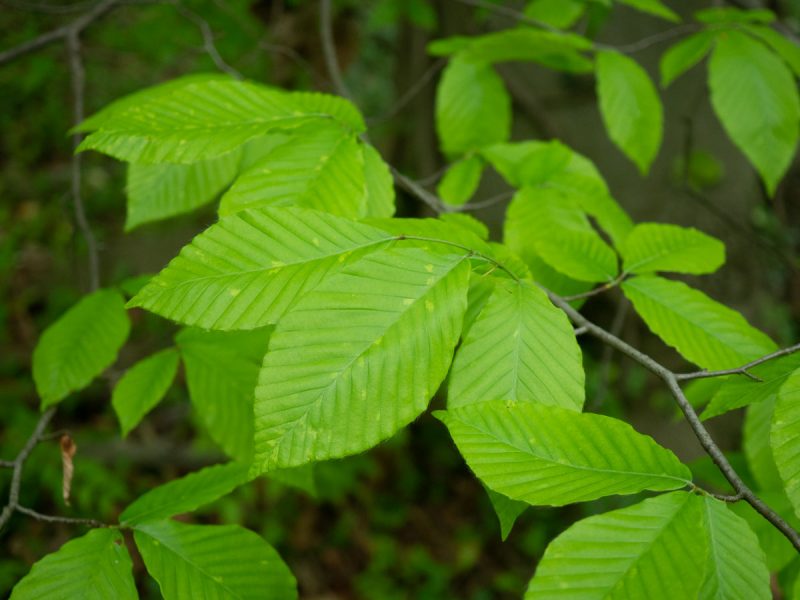 American beech leaves are entire, serrate, and alternate in arrangement.

This is the tree the artists and editors of the New York Times used to illustrate their “Tree Blindness” article. A good choice, as it is striking in many respect and I imagine it is indeed a great thrill to watch as “pollen-drunk” bumblebees forage on the flowers. This photo is from last year, when they were more fully leafed out and pretty. 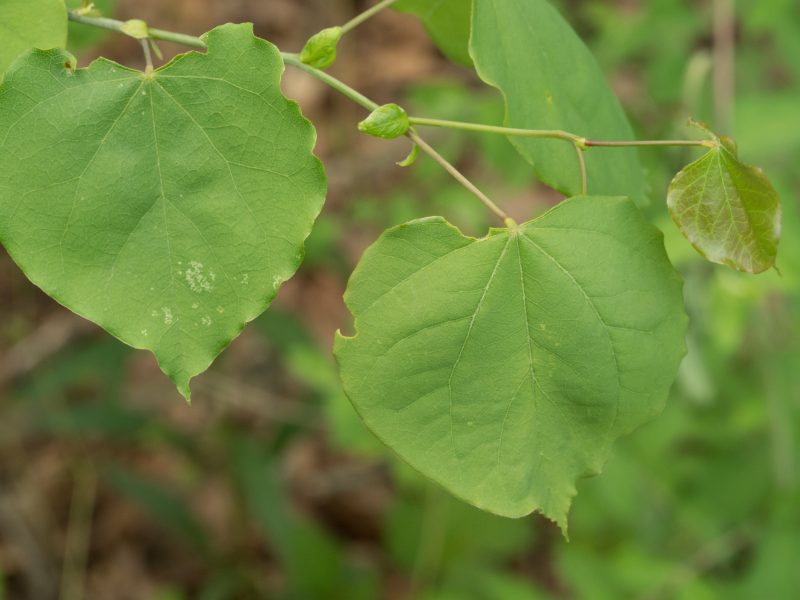 They should move Valentine’s Day to May so that these little hearts could be put to good use!