TREES
(eight of them)
I’m the GOAT!
I did it from a BOAT!

Today (Thursday September 1, 2022) I went to the Old and Dingy (ahem…) Olentangy River in the Clintonville area of Columbus, which I entered in my new foldable and very portable ORU Inlet Kayak! Would it be possible to observe and photo-document 8 trees from the water? Let’s find out. 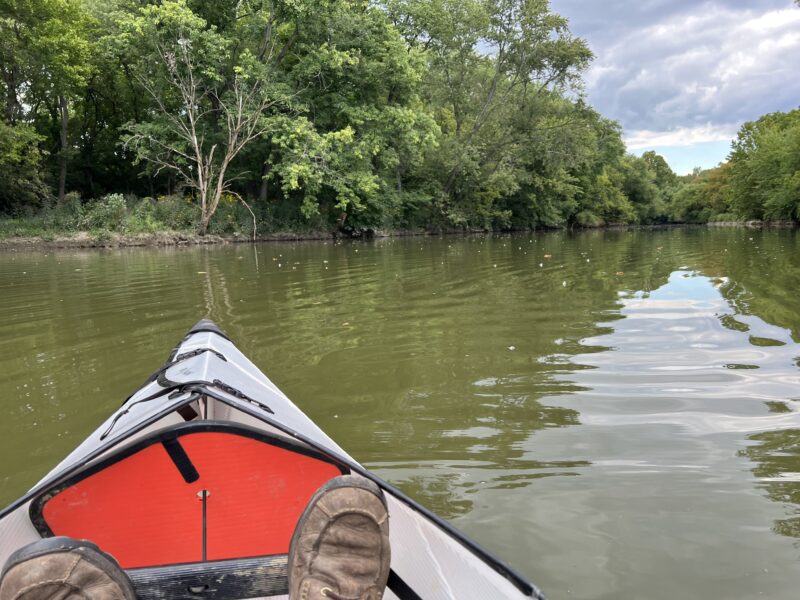 On the water, facing north.

There are trees there. Who knew? As Gabriel Popkin explained so well in her article (LINK), a lot of otherwise well-educated people are “tree blind.” I’m a botanist, so I guess I’m somewhat less tree blind than most folks, but still have a lot to learn, especially about oaks and hickories …and pines …and hawthorns, and…

American sycamore is also a lowland tree, occurring mainly along rivers, but it also does well as a street tree, perhaps because of similar stresses, namely low oxygen concentration in the soil around the root system. 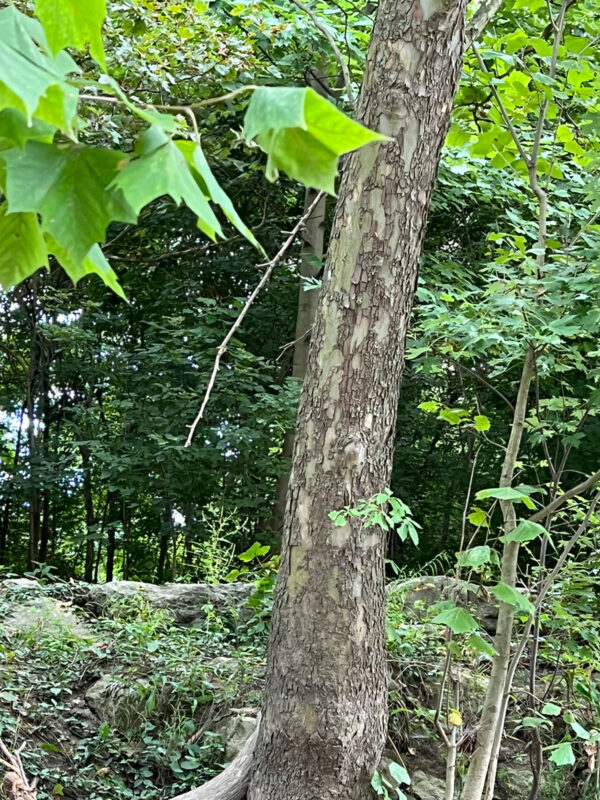 American sycamore along the river. 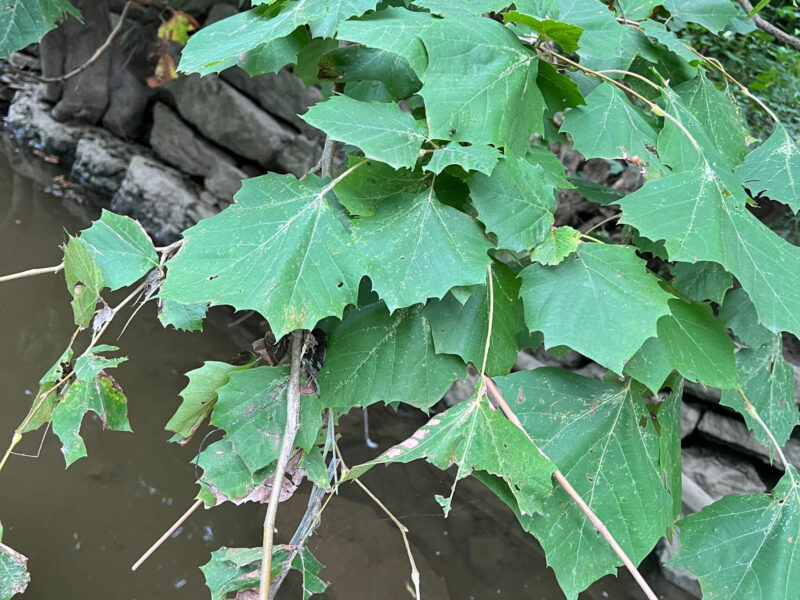 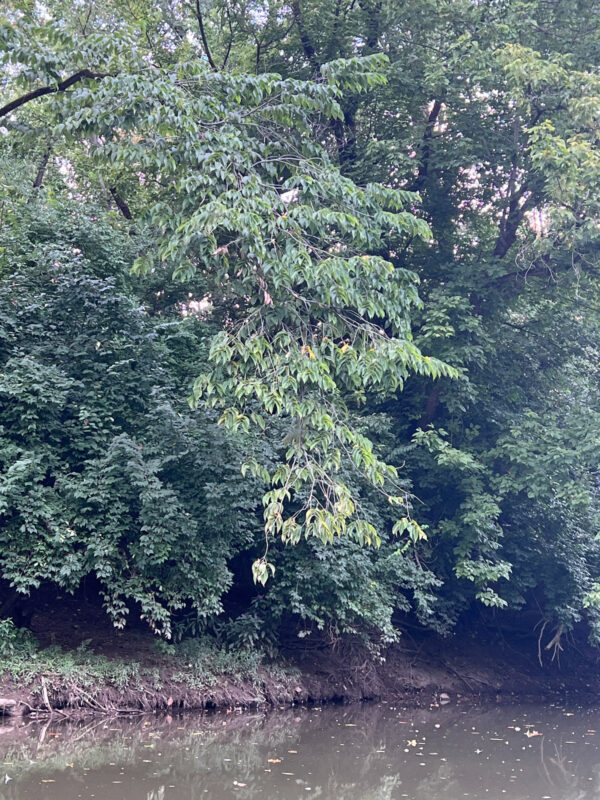 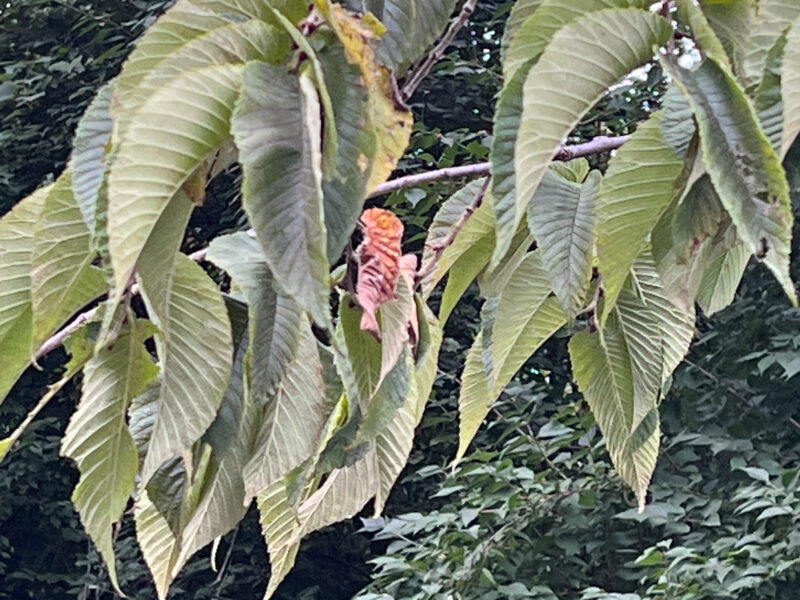 Red elm leaves are unequal-sided at the base.

Willows (genus Salix) comprise a large group of a few trees and a great many shrubs. 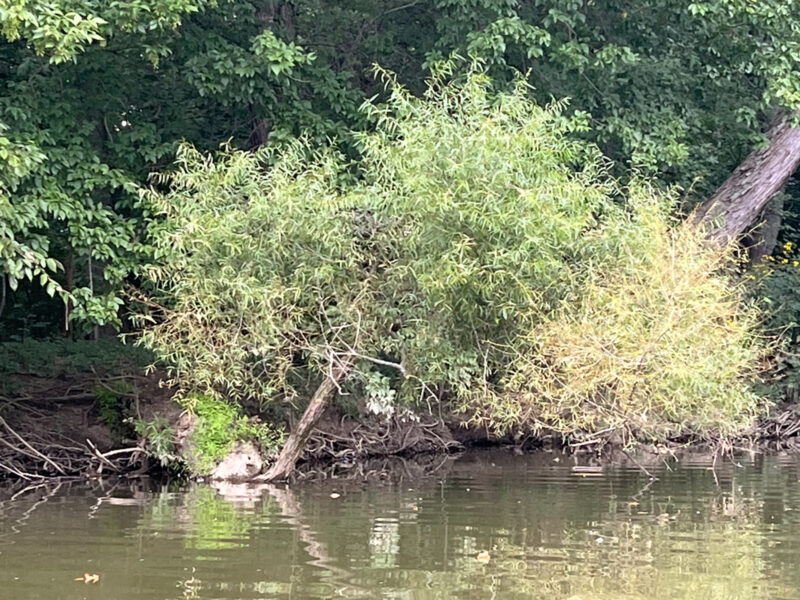 They generally have lance-linear leaves that are serrate and alternately arranged. The sexes are separate (dioecious). They typically grow in wet places. The identification of tis specimen as crack willow is based on the phenomenon whereby the branches are very brittle, snapping off with just the slightest pressure. When they fall onto wet soil, the root and establish new plants vegetatively. 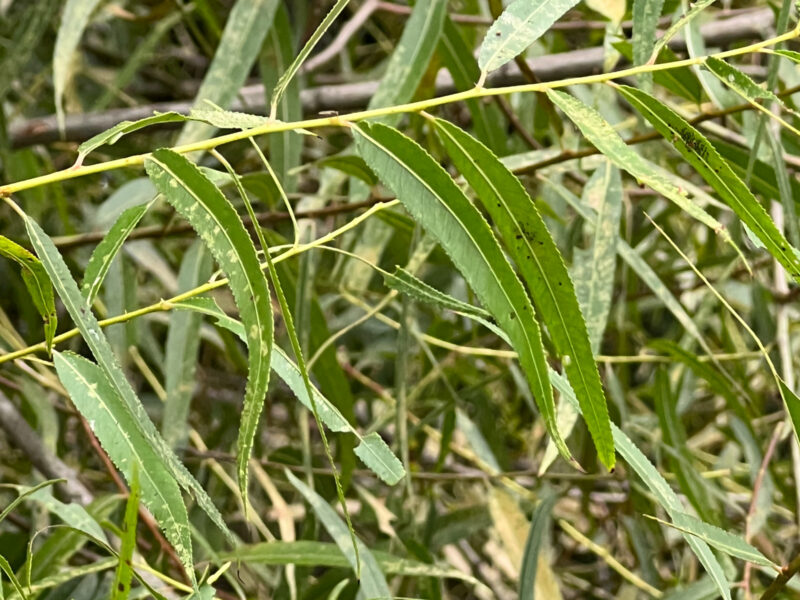 George A. Petrides, in our “textbook” Peterson Field Guide to Trees and Shrubs mentions that willows are “most valuable in controlling streambank and mountainside erosion,” and that their bark provides a medicinal substance, salicin. This is a pain reliever chemically related to aspirin. 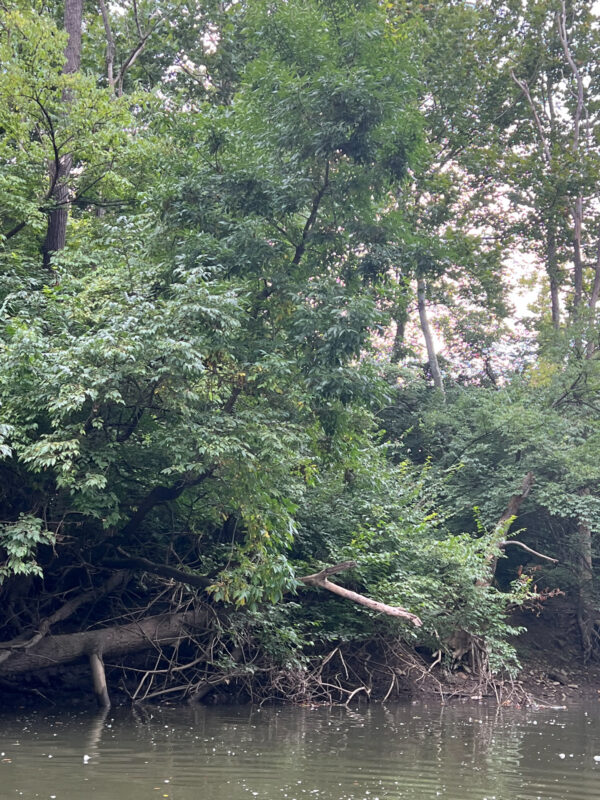 Green ash along the river.

Ashes are (except for the weird boxelder maple, sometimes thus called “ash-leaved maple”) our only trees with opposite pinnately compound leaves. Ash fruits are one-seeded achene-like affairs with a 2ing, called samaras, that are wind-dispersed. They resemble little canoe paddles. 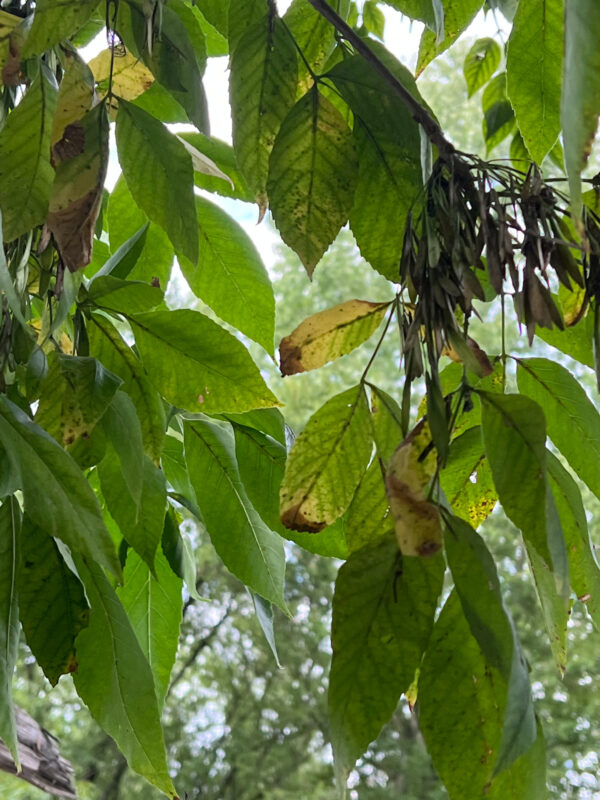 Ash has opposite pinnately compound leaves and samara fruits. 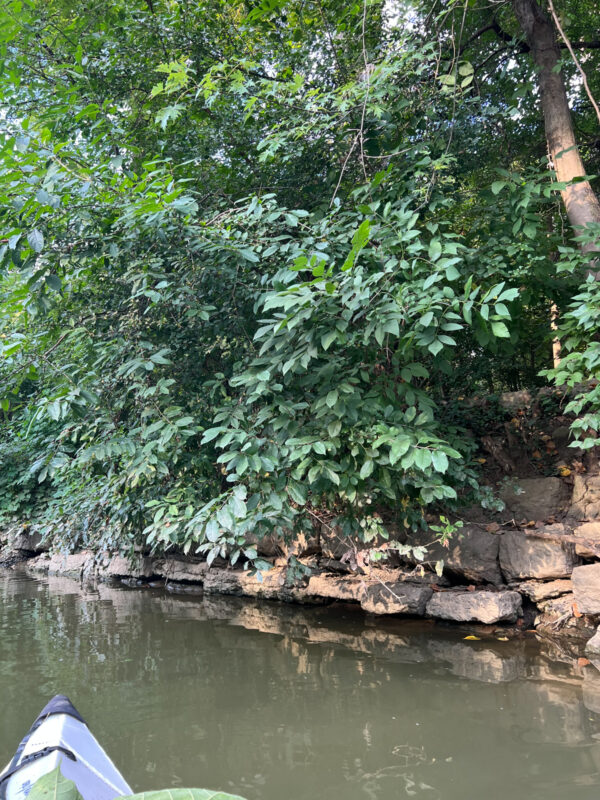 Buckthorn along the river.

Buckthorn is an undesirable non-native tree with oblong. serrate sub-opposite leaves. Introduced as a hedgerow plant in the early years of European settlement of North America, it has spread into natural areas, especially in calcareous soils. The cathartic nature of the fruits (purple-black berries produced abundantly all along the stems) enhances their rapid dispersal by birds. 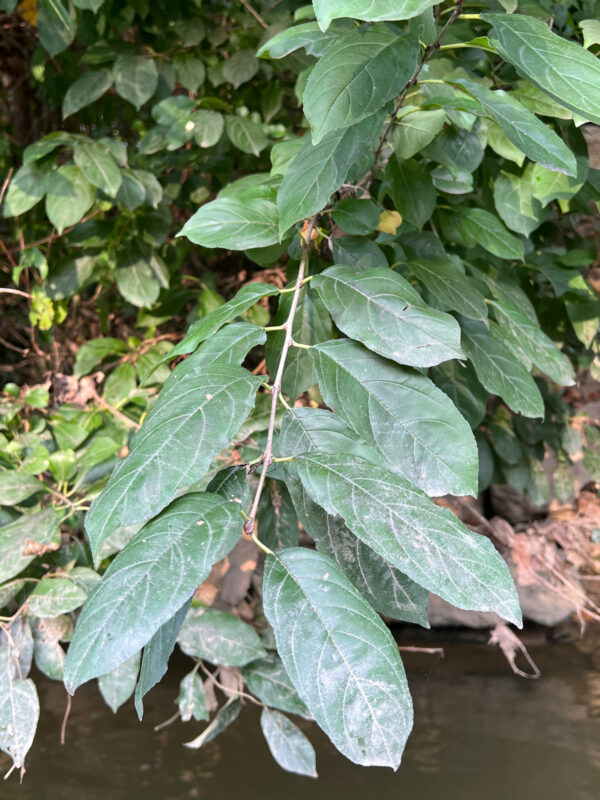 Buckthorn leaves are almost but not quite opposite in arrangement.

The tips of buckthorn twigs end in a thorn-like point. 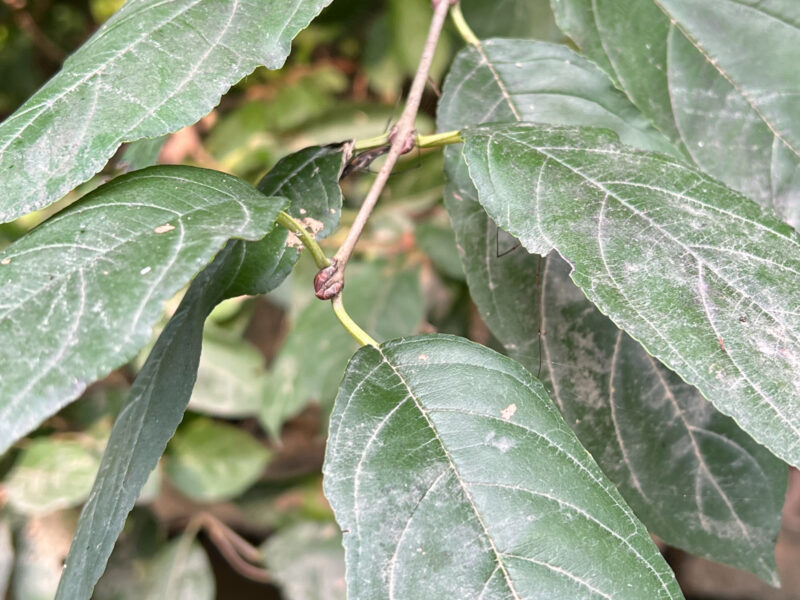 Twigs tips of buckthorn are pointed. 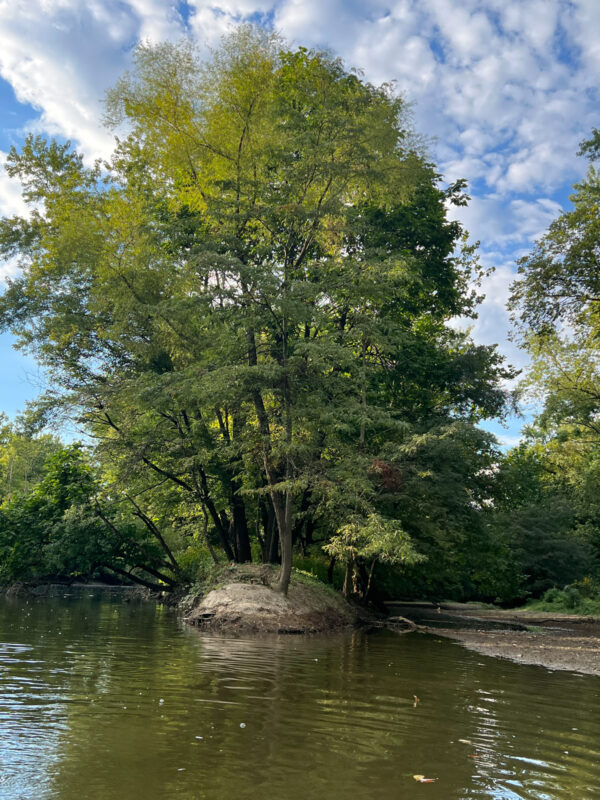 Honey-locust leaves are pinnately compound with rather small leaflets. 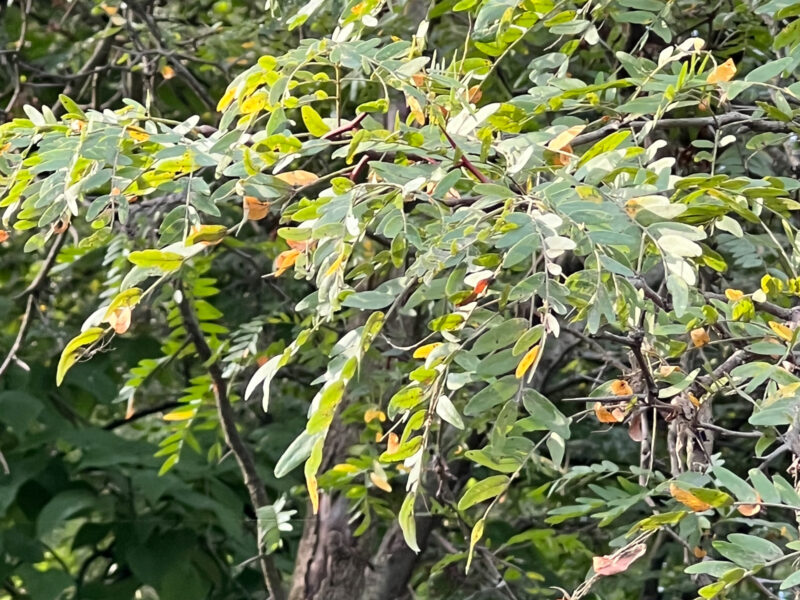 The “M” in “Madcaphorse (the memory hint for trees with opposite leaves), maples have opposite leaves. In our area all but one (boxelder maple) have simple leaves that are palmately lobed. This small shrub-like sapling was growing at the very edge of the pond, a testament to its typical wetland affinities. 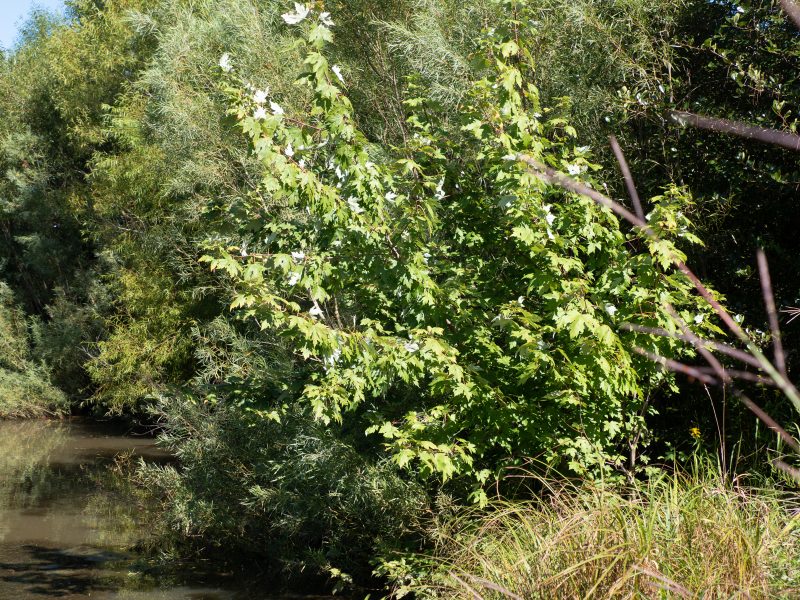 Silver maple, along with red maple (Acer rubrum) is in the “soft maple” group, having softer wood than other maples, early maturing fruit, and leaves that are distinctly whitened beneath. 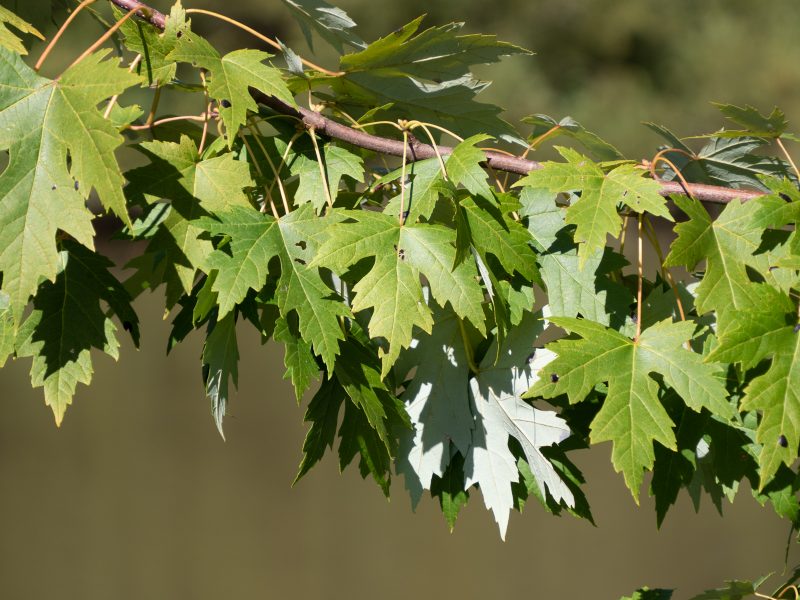 silver maple leaves are whitened beneath.

This is one of the trees we are trying hard to eliminate from the prairie. It is widespread, fast growing, and tenacious. 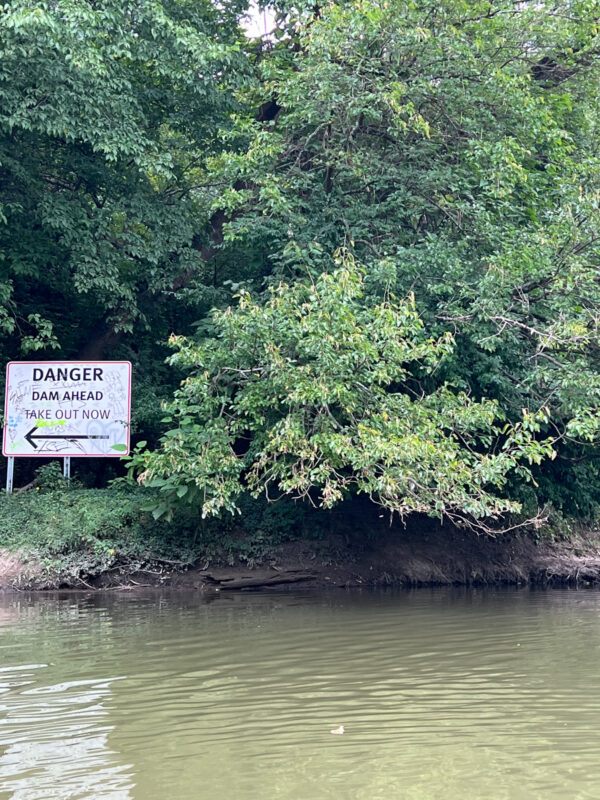 Mulberry tree along the river 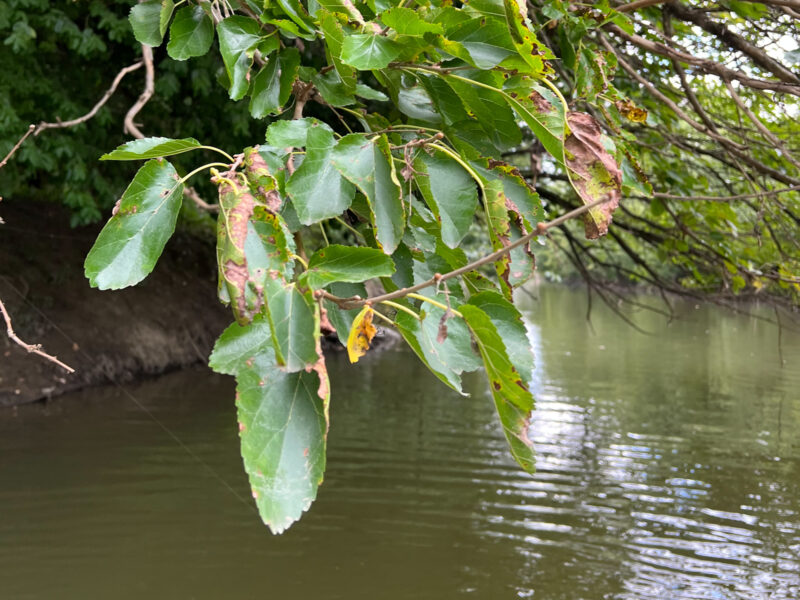 Mulberry leaves are simple and serrate. 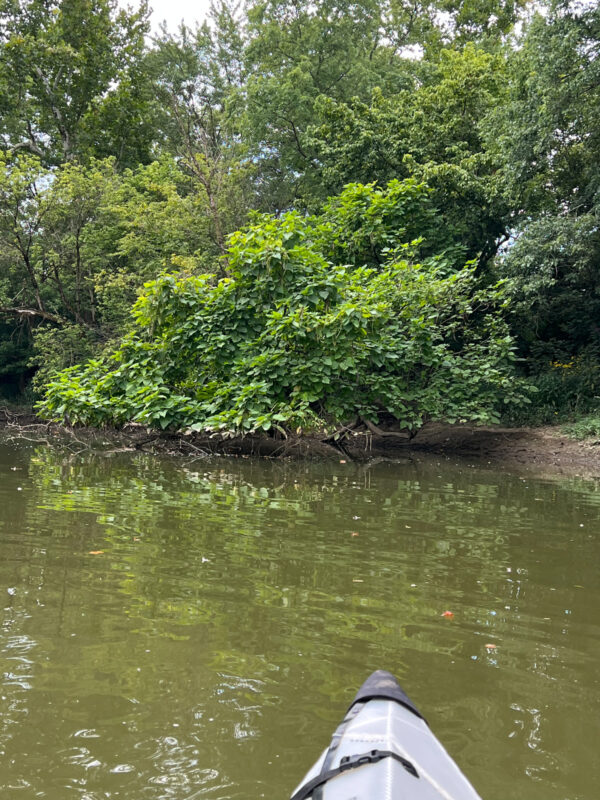 Catalpa is common along the Olentangy River.

The exciting thing about catalpa is the whorled leaves! 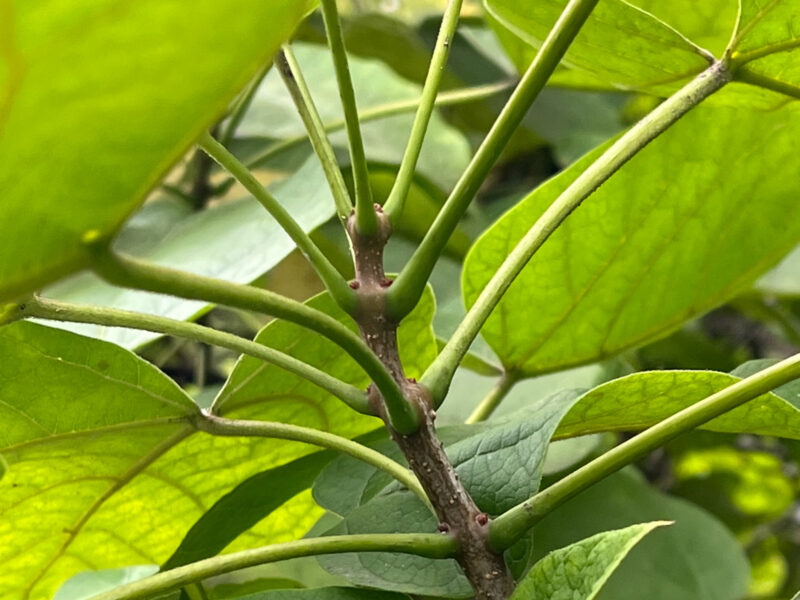 Catalpa is sometimes called “cigar-tree” because of the long capsules that are produced abundantly. 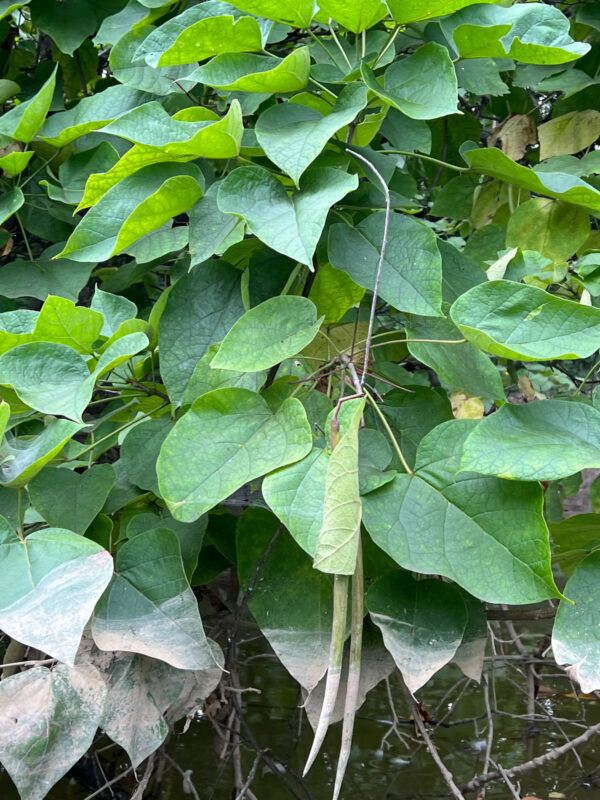